Because acid electrolytic water technology/water hypochlorite technology was developed late in the country, many people, and even regulators, are not sufficiently aware of it in Regulation still follows the standards of traditional disinfectants, which are required to be used at concentrations of 200 ppm or more The concentration. The vast majority of current domestic generators/packages of Hypochlorous acid water cannot and need not reach such high concentrations, and for this question. How do we respond?

disinfectants with chlorine: A disinfectant that dissolves in water to produce hypochlorous acid.

Dichloroisocyanuric acid: It is a white powder or granular solid, which is the most broad-spectrum, efficient and safe disinfectant among oxidative germicides It is the leading product in isocyanuric acid. It can powerfully kill bacterial spores, bacterial propagules, fungi and other pathogenic microorganisms, and has special effect on the hepatitis virus. Kills and strongly inhibits algae such as blue-green algae, red algae and seaweed in circulating water, cooling towers, pools and other systems.

Available Chlorine: is the amount of chlorine in a chlorinated compound (especially when used as a disinfectant) that has an equivalent oxidizing capacity and can be expressed quantitatively as a disinfection effect, or simply as chlorine with a valence of ≥0.

Also, the effect of pH on the percentage of hypochlorous acid in solution can also be seen in the following figure. 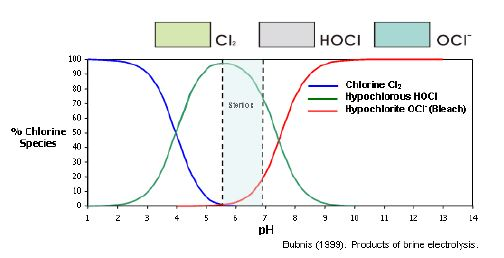 So one has to ask, can't hypochlorite ions sterilize? 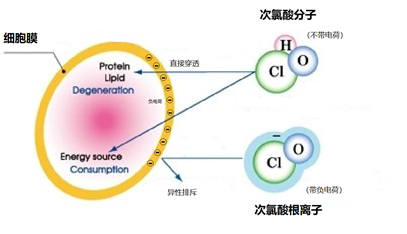 Mr. George
What can I do for you?
Chat Now Contact Supplier